More than 1 million The Body Shop customers and Cruelty Free International supporters from around the world signed our pledge calling for a global ban on animal testing in cosmetics.
We would like to extend a special thank you to The Body Shop store teams who worked tirelessly and in their own fabulously creative ways to secure signatures. From Hip hop dancing bunnies to Mad Hatters tea parties to open top buses with samba bands to global pop stars and their pets we celebrated cruelty free beauty, spread the word against animal testing in cosmetics and called for change.

History has been made!

Thanks to your signatures history has been made and the Against Animal Testing movement is quickly spreading around the world. In the past twelve months we have witnessed these historic developments:

In October 2013, Cruelty Free International received our 1 million signatures and took them to the regulators for cosmetic products in South East Asia, ASEAN. The Vietnamese Authorities have since confirmed that they will be calling for a vote to ban animal testing in cosmetics throughout ASEAN.

The Body Shop welcomes the news reports that The Chinese Food and Drug Administration will adopt a new approach to animal testing for cosmetic products.

While we have seen some incredible progress in the past two years, there are still countries where animal testing in cosmetics is allowed. Cruelty Free International with the support of The Body Shop will continue their efforts and to work with governments and regulators to create change.
Together we can make the future cruelty free! 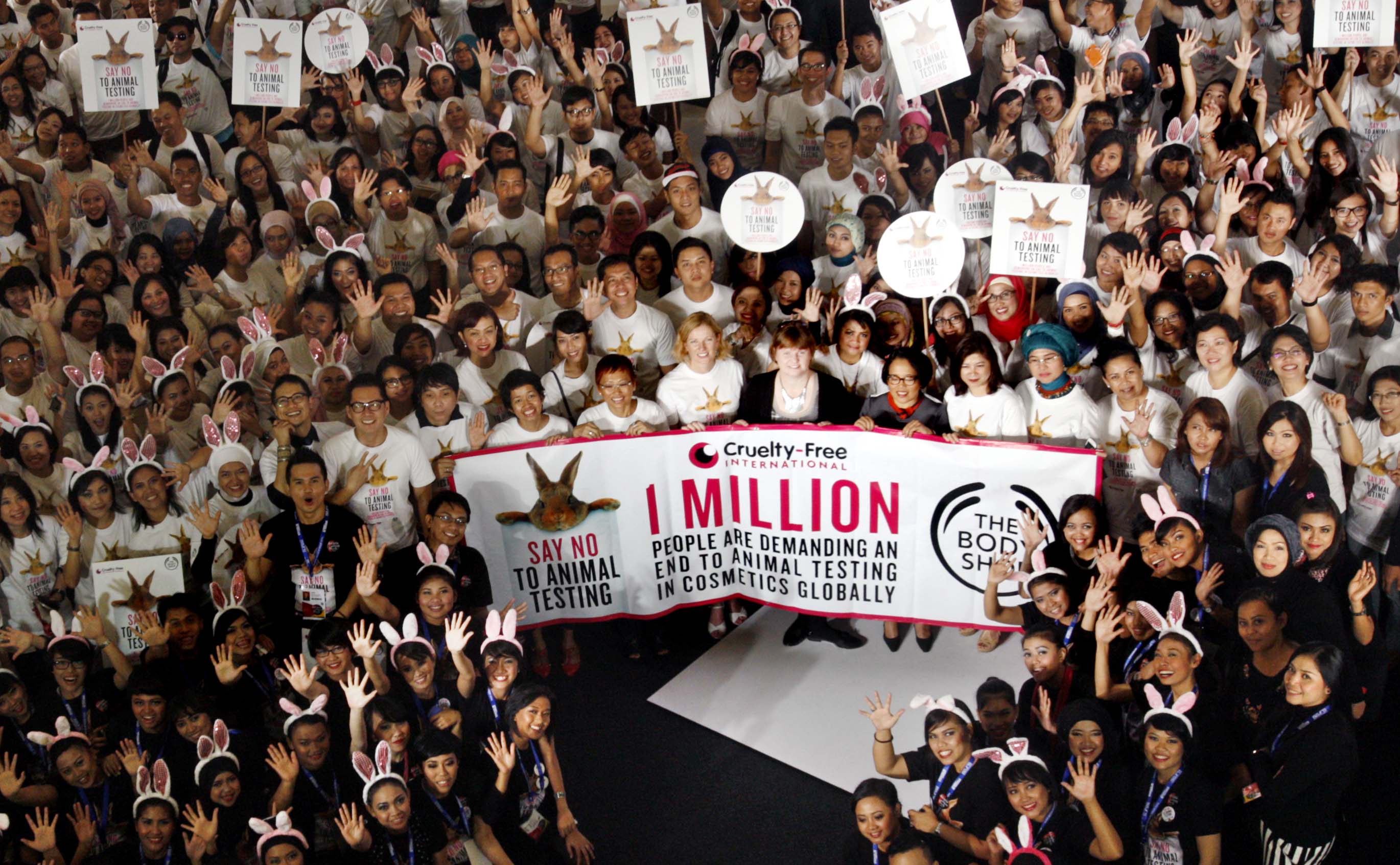